By far the biggest project within North Huyton’s portfolio was the Revive master-plan project.

This scheme involved a formal partnership between the North Huyton Board and two of its key delivery agents: Knowsley Metropolitan Borough Council (KMBC) and Knowsley Housing Trust (KHT).

Following an agreed community based Plan, the three partners promised to clear a combination of 1200 derelict and occupied houses over an 8 year period. For its part the North Huyton Board was responsible for the acquisition of over 150 private houses, providing ongoing communication with the community and additional neighbourhood management services.

Around 600 households had to be relocated into a combination of existing modernized KHT properties and new build houses.

In addition 4 schools were cleared, 2 shopping parades and a variety of public/community/church buildings.

The Board coordinated 2 major consultation exercises during the master -planning process to explain the redevelopment options to the community and to get their opinions. On both occasions over 80% of those consulted were in favour of the Plan.

New build started in 2007 through 2 developers, Keepmoat and Gleeson. To date they have built around 400 new build properties towards a total Plan of 1600 new build. 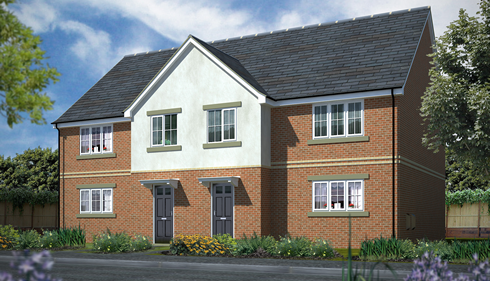 Some of the new homes built by NHCF